Enterprise Architect is mainly used as a modelling tool to define and maintain a structured set of models based on standard languages or notations such as UML, BPMN, SysML, or ArchiMate.

Enterprise Architect includes several features to fulfill other needs, associated with functional, business, design, or architecture aspects. This article illustrates the use of Enterprise Architect Execution Analyzer to capture and record method calls between instances of implementation classes during code runtime. A method call recording feature can be enabled:

More and more complex technical architectures are defined for projects, with several heterogeneous software components communicating via their interfaces or services, and design patterns such as Dependency Injection can be applied to load modules or objects at run time, preventing any analysis at compile time.

Investigating bugs in such context on a production environment can be difficult. Source code analysis from the IDE may not be the right place to find solutions. This is exactly a case that one of my clients came across; Enterprise Architect Execution Analyzer feature offered an interesting and innovative approach enabling dynamic code analysis via method call recording. This could potentially lead to identify details surrounding a random software bug. In this specific case, as the issue was not related with the code itself, the Execution Analyzer hasn't identified any clue.

Setting up a suitable workspace

The Execution Analyzer involves the use of several views which can be enabled from the Analyzer menu: 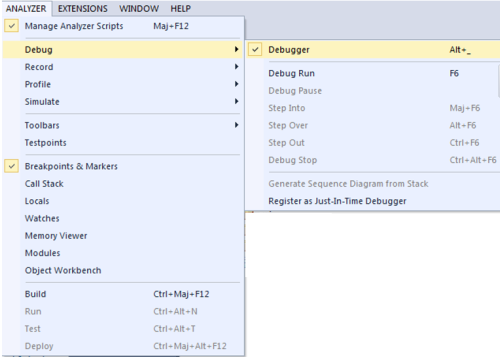 Once all the mentioned views have been displayed in your Enterprise Architect workspace, this configuration can be saved from the menu View > Perspectives > Save as New. 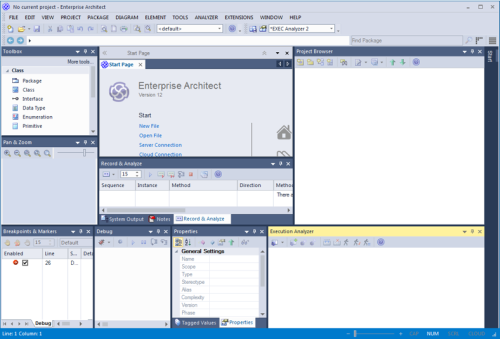 Start with importing the source code in the Enterprise Architect project: 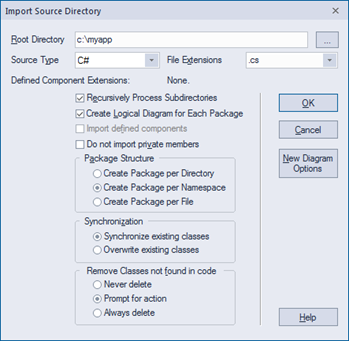 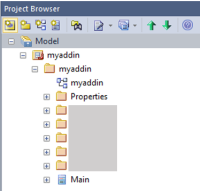 Create a local path for the IDE

To easily access and run Visual Studio IDE files, the local path %VS2012% has been defined via the menu Tools > Local Directories and Path:

Right click on the root package where implementation classes have been imported, and select Execution Analyzer; the dialog box below is displayed. Click on Yes to generate an Execution Analyzer script on this package.

The Execution Analyzer script properties are displayed. Configure the source code compilation from the Build tab: 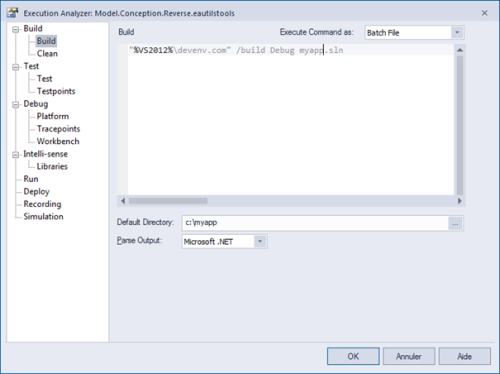 Select the Clean tab and provide the same information as previously (Build), and replace "/build" with "/clean" in the command line: 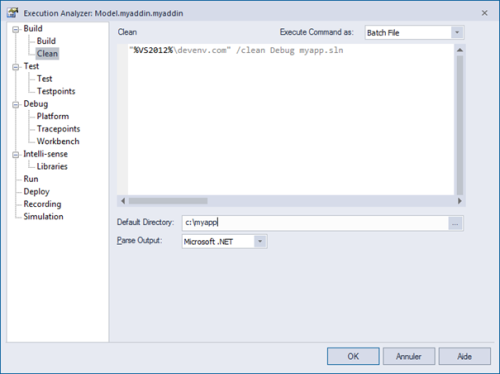 Open the Debug\Platform tab, and provide the following information: 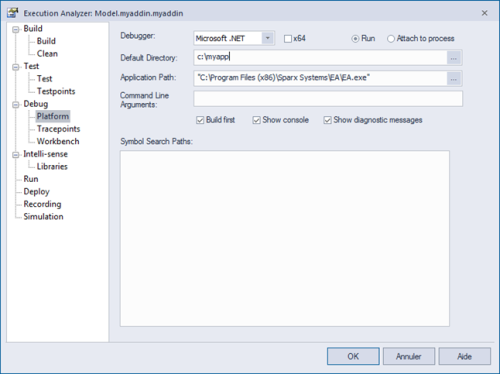 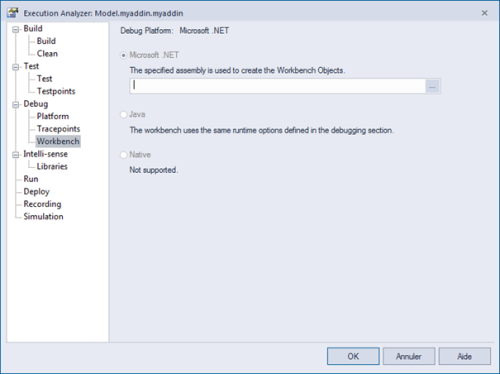 Build with the Execution Analyzer

Important: Windows 7 usually requires to starts Enterprise Architect as an Administrator so the Build can be run without any error.

Select and right click on the the Execution Analyzer script (configuration) > Build, or click on Build Current Package :

The System Output view displays results to confirm if the build has been successful (content should be identical to a Build run in Visual Studio).

Debug with the Execution Analyzer

To start the Debug from Enterprise Architect, select and right click on the script > Debug.

A new instance of Enterprise Architect is launched in order to run tests on the add’in (other types of applications will be launched in debug mode).

Use the add’in to reach a start recording marker e.g. by displaying the About window.

Additional add'in features can be tested to reach the Stop Recording Marker.

Display the Record and Analyze view to show all recorded method calls, listed under a sequence of interactions.

A right click on the whole sequence will generate a UML sequence diagram with the recorded data.

Note: number 15 in the above screenshot defines the depth level to record calls. This can be modified according to analysis requirements.

The following dialog is shown to optionally rename and confirm the sequence diagram to create in the modelling project: 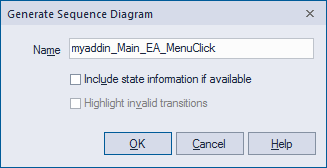 An illustration of the generated diagram is shown below. Colours and comments have been added following the carried analysis. 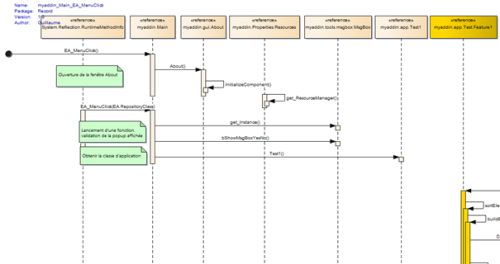 The above diagram shows a scenario of executing the code according to the deployed version in the runtime environment. This diagram and the implementation class model generated using the reverse engineering can be associated with other modelling elements, such business classes, processes, or requirements.